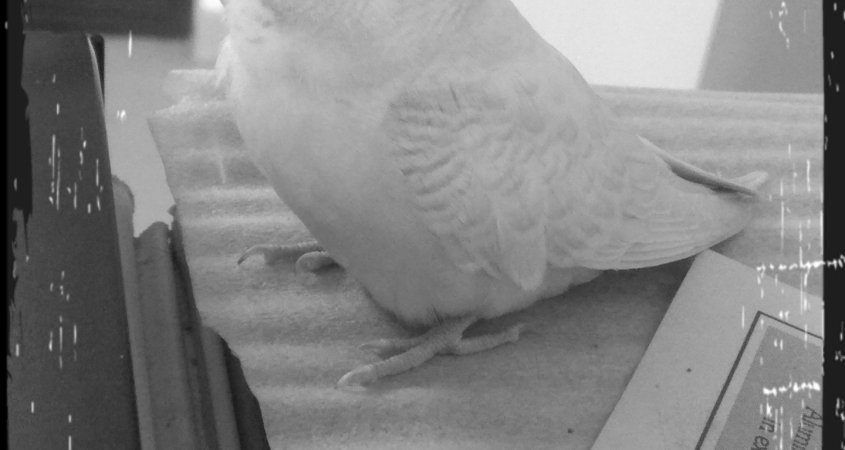 A year back one of my friends lost her dear dog. She was devastated. I couldn’t fathom her loss. Though I understood how much people loved their pets I just wasn’t able to relate to the sense of loss. Since I couldn’t empathize sincerely I wasn’t in a position to support my friend. I did not have enough experience.

Today, I understand or at least am able to relate to that loss. Life has given me that dreadful experience. 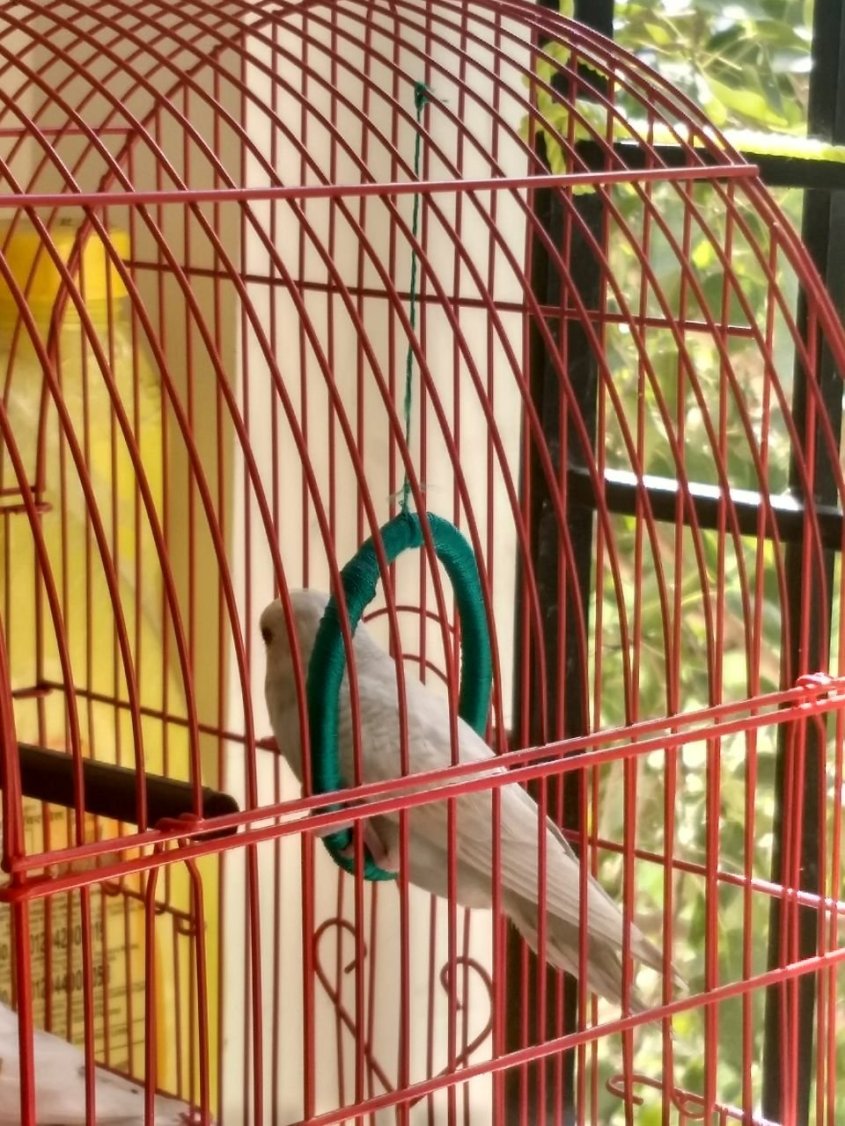 On Preeti’s (my wife and definitely the better half in this marriage) request we brought home two love birds. We named them Coco and Bluee. Conventional bird names we chose. It has been only a month since we have the company of these wonderful birds.

Unfortunately, Coco breathed his last few hours back today. In an accident he was hit by a moving fan and died instantly because of the shock. We tried our best to bring him back to life but unfortunately we weren’t good enough.

Preeti was sobbing continuously. I was also shocked and sad but was trying to not breakdown emotionally.

If you had told me few months back that “I would be crying because a bird I own has died”, I would have laughed at you.

I was reluctant in getting close to the birds as I do not like the touch of the animals. Don’t ask me why. I wouldn’t know.

Yet, I was getting used to them around me. Preeti on other hand had trained them nicely and made them sit on her shoulders and eat her earring. They have this unusual taste.

I thought I will take some time and eventually get comfortable with the birds. So I was giving it time.

Time unfortunately doesn’t stop for anyone. It is surprising to see how less we realize the impermanence of life. Waiting to get comfortable! Coco is no longer with us and I am still waiting for time to elapse.

We did not know much about birds. We learnt through videos and articles on the web. Bird owners have put up some extremely resourceful notes that help newbies like us.

Preeti soaked in all the information and became in the in-house bird expert. It was amazing to see her train these stranger birds to eat, drink and play.

Of the two birds Bluee is the quiet one and Coco was naughty and playful. He would sing along the peppy numbers we played on YouTube and fly around the house making Preeti run behind him. He also fought incessantly with Bluee and always stopped her from eating food. However, he did love Bluee and they looked lovely together.

Coco would be the one who would respond to our cries and shouts from distance. He would be waiting at the entrance of the cage for Preeti to open the gate. He would usually be the first one to fly out and sit on top of the shelf. He would have no idea on how to come down but that wouldn’t deter him from going to the top.

It was just yesterday when we were asking each other whom did we love more Coco or Bluee. We both immediately took Coco’s name. He was extremely lovable.

We had discussed how these birds will grow up and become an extension of ourselves in the family. We had figured out our collective future. We were also planning to take them along on a weekend trip soon.

All that will still happen but without Coco. It was tough to see the immovable body of Coco. We tried earnestly to make him get up from the slumber. Our minds had declared him dead but hearts were still crying out loud hoping that he would wake up and make us run behind him. Preeti would be up in a second to catch hold of him. But none of that happened. We had to bury him in the garden. It was difficult but had to be done.

Again, if you had said this to me few months back that you will find it difficult to bury a dead body of a bird I would have laughed at you.

Coco spent only one month with us but he was increasing the capacity to love in us. His playful nature made us fall in love with him and just when I was getting comfortable with him he left us. This reminds me of Calvin when he lost his raccoon.

I don’t know why this accident occurred today. Why did Coco come into our life and then decided to leave us. I don’t have answers to the questions that Preeti is asking me. The only thing that I know is that Coco is no more with us. All that remains is the love and the memories. 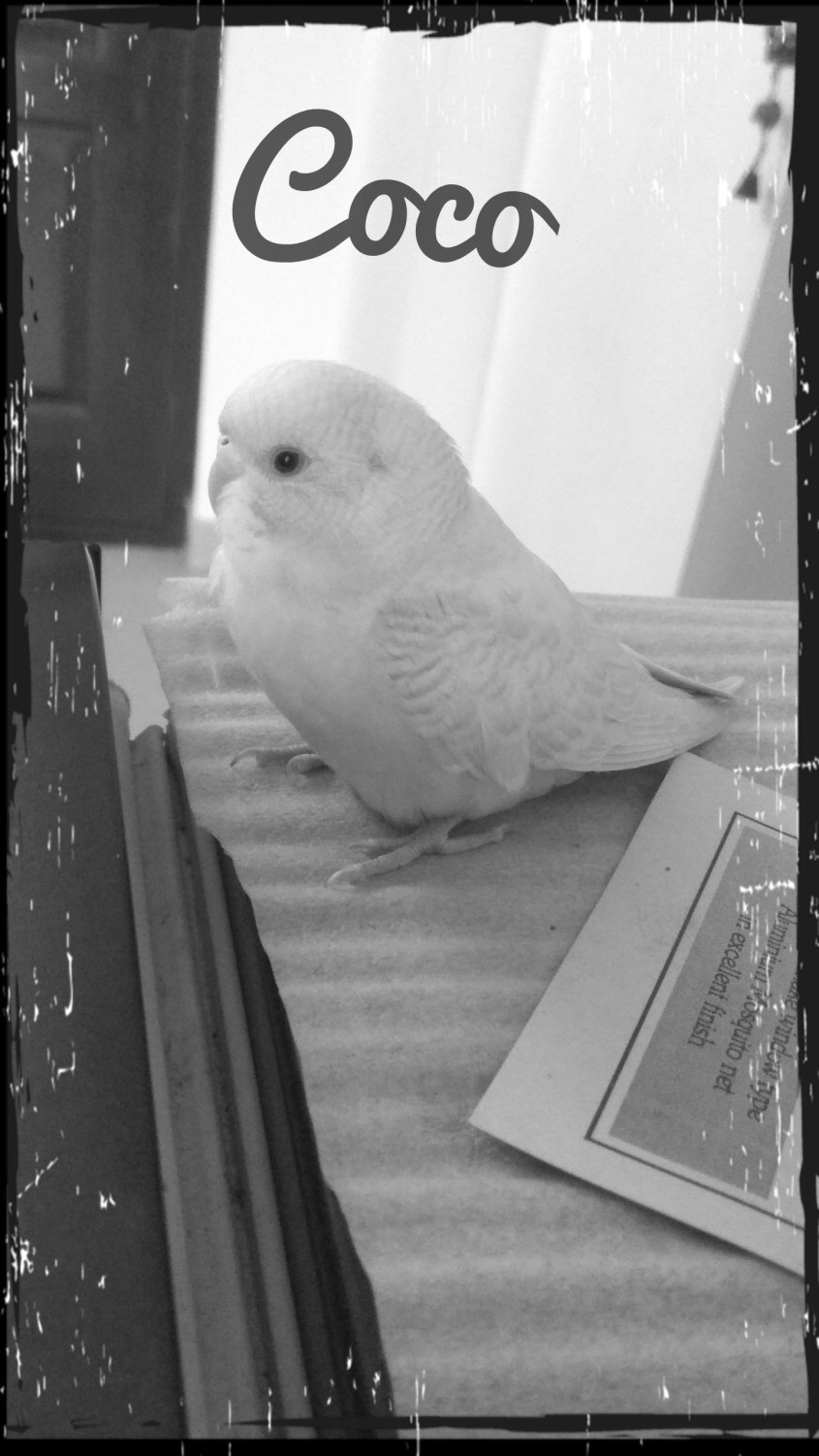 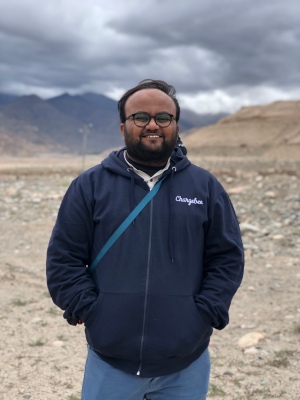